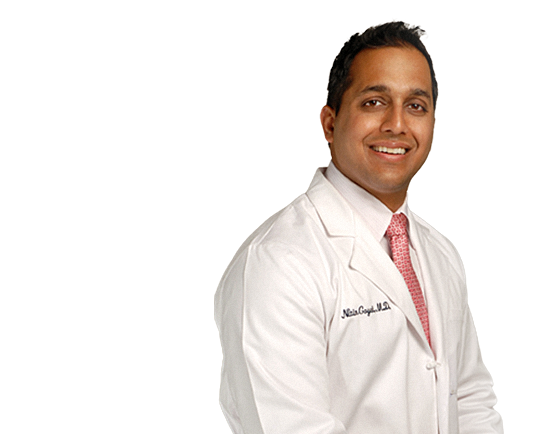 Dr. Goyal and his clinic are pioneers of modern day joint replacement procedures and techniques. Dr Goyal was the first doctor to perform an Outpatient Hip Replacement surgery in the Washington D.C. Metropolitan Area. Click below to learn more and find out if you are a candidate 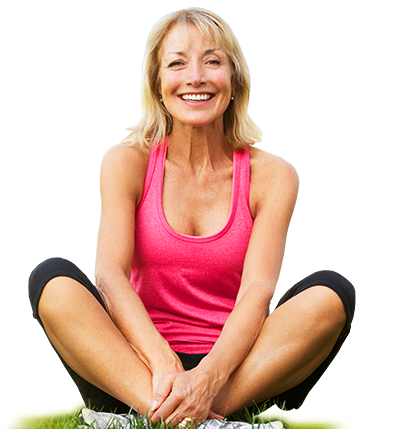 The anterior approach to hip replacement, also known as minimally invasive hip replacement surgery or the tissue-sparing approach, provides considerable advantages over other methods. Dr. Goyal is a specialist in this highly sought-after approach. 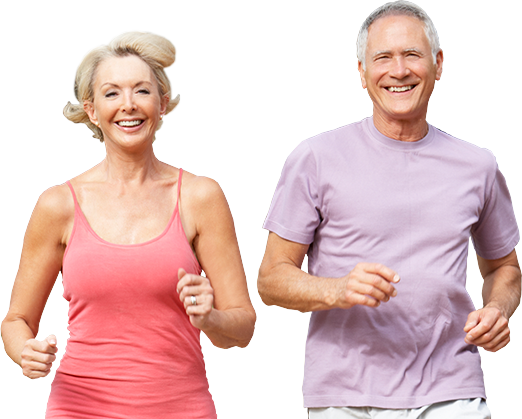 As a leading D.C. orthopedic surgeon Dr. Goyal is fluent in techniques for treatment of knee conditions. Whether you require a total or partial knee replacement or are simply seeking nonsurgical solutions, Dr. Goyal can assist you to find the relief you seek. 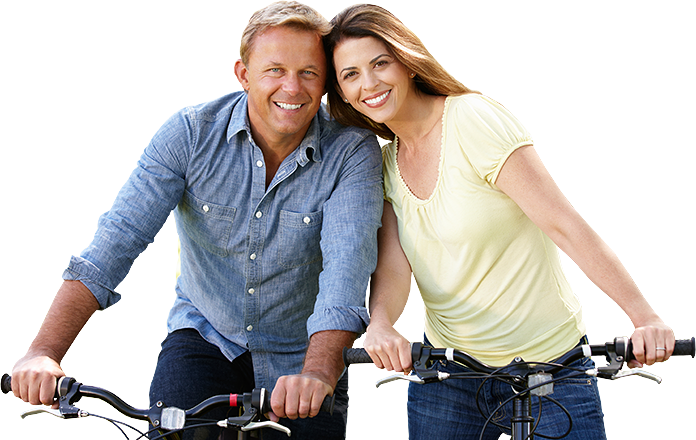 A Respected Authorityin His Field

As a leader in joint replacement surgery, Dr. Goyal has been asked to contribute to major orthopaedic journals, as well as present at national meetings and co-author book chapters. He is a co-editor of two textbooks on the topic of joint replacement and continues to conduct research to advance his field. 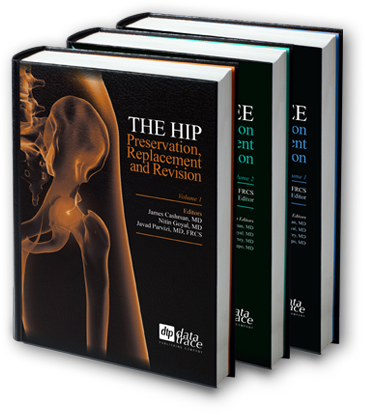 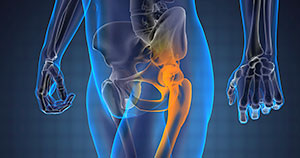 Dr. Goyal specializes in the anterior hip replacement. Also called a tissue-sparing approach, this procedure provides many advantages over traditional methods such as shorter recovery and increased mobility. 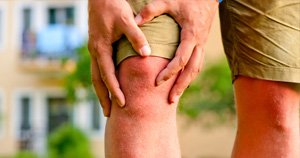 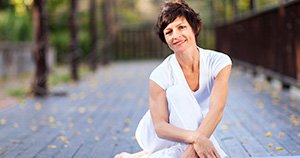 The knee is one of the most complex joints in the human body. For those knee disorders that require a total knee replacement, Dr. Goyal has the specialized knowledge and experience crucial to a successful outcome.

Dr. Goyal was wonderful. He fixed my painful hip. I was at home the same day and back at work in two weeks. He did this new Direct anterior approach to hip replacement. He is a miracle worker. I am so thankful I found him.

I found Dr. Goyal to be well credentialed as well as having an excellent bedside manner. He explained the procedure and answered all my questions. I am just sorry that I waited so long to have the procedure done.

From the moment we met Dr. Goyal, my wife and I were so impressed. He came in with a smile and first got to know who we were and where we were from.

Doctor Nitin Goyal accepted the challenge of treating my husband’s chronic knee problem and saved his life. Thanks to his competence as a surgeon, my husband now has a proper knee joint so he can walk, and he has recovered his health.

I had disabling pain in my hip, and Dr. Nitin Goyal took care of me. He's a superb doctor and is the only one who took the time to listen to me, answer all of my questions and make sure I felt comfortable. I am so happy I chose him to do my surgery.

Nitin Goyal is an excellent orthopedic surgeon and I would recommend him highly. 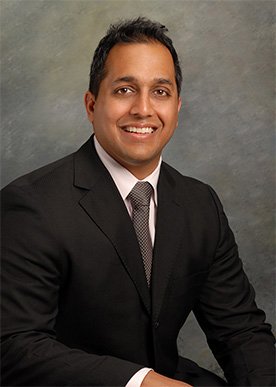 Dr. Nitin Goyal is a leading board-certified orthopedic surgeon specializing in handling conditions of the hip and knee in Washington DC, Northern Virginia and surrounding communities. While other orthopedic surgeons may address the entire body, Dr. Goyal is a dedicated specialist in surgical treatment of the hip and knee, giving him absolute expertise in his field of practice. He believes in cultivating a strong doctor-patient relationship, as well as total adherence to surgical principles, as these qualities result in the best possible outcome. His numerous happy patients will gladly tell you that he may just be the best orthopedic surgeon Washington DC has to offer.

After receiving his medical degree at Jefferson Medical College in Philadelphia, Dr. Goyal continued his medical education with a residency in orthopaedic surgery at the prestigious Rothman Institute, where he earned the Everett J. Gordon award as Chief Orthopaedic Resident for his display of “the most outstanding clinical and surgical achievement.” He is a member of the American Association of Hip & Knee Surgeons as well as the American Academy of Orthopaedic Surgery.

The anterior approach to hip replacement—also called a minimally invasive, tissue-sparing approach—contains many advantages not seen in the posterior approach. The anterior approach utilizes an incision made in the front of the thigh. Due to the anatomy of the leg, this placement allows the surgeon to work between the muscles rather than cut through them. In general, this produces less pain, a shortened recovery and improved motion in the hip because the muscles do not lose their strength during the surgery. Dr. Goyal is very pleased to provide the anterior approach and is constantly striving to provide the very best hip replacement Washington DC and Northern Virginia have available.

Advantages to the anterior approach include:

An Expert in Hip & Knee Revision

While Dr. Goyal is a premier knee and hip replacement surgeon in Northern Virginia, his expertise also extends to those patients who need revision surgery of their previous hip or knee replacement. Over time, many hip and knee implants may be subjected to wear. Additionally, a hip implant may dislocate or the implant site may become infected for a number of reasons. Complex revision surgery is intended to fix any one of these issues and several others, including:

The knee is one of the largest and most complex joints in the body. It is capable of carrying a very heavy load while remaining mobile and active. The smooth movement of this joint is possible through articular cartilage, which rests between the bones. This articular cartilage is prone to various forms of arthritis and conditions that prevent it from doing its job.

When it comes to knee replacement, it is often not enough to have a general surgeon who performs only several per year. This is a procedure for which you need a specialist, someone who has dedicated his career to joint replacement surgery. Dr. Goyal is a specialist with the ability to navigate through the peculiarities of the knee to achieve the best possible result. When it comes to the best knee replacement Washington DC has available, Dr. Goyal may just be it.

As a leader in effective joint replacement, Dr. Goyal provides his patients with outpatient hip and knee surgery. While this can vary from case to case, most patients are able to walk the same day as their surgery and even go home within hours. This is only possible through his exceptional technique and relentless attention to detail. His patients uniformly report an accelerated recovery period, less pain and more stability than patients of other orthopedic practitioners. It all goes toward providing you with the very best knee and hip replacement Washington, DC and Northern Virginia have available.

Architecturally, Washington DC is unique. It was originally designed in the late 1700’s by Pierre Charles L’Enfant, a French visionary from Paris appointed by George Washington. He made plans for a beautiful, modern metropolis, featuring wide avenues named after the states, as well as spaces for national monuments of honor. The Capitol building would be at the city’s center, with a grid extending outward from that point. Today DC has undergone many changes, but remains a culturally diverse, thriving mecca for professionals, artists and business owners. It draws residents from all over the globe, and is known for being inclusive of minorities.

As Dr. Goyal has many patients that fly in from all over the country, many of them are visiting Washington DC for the first time. As such, many patients visit the district’s lighter, more entertaining side, for, DC is home to a variety of talents. Celebrities such as Kevin Durant, Marvin Gaye, Samuel L. Jackson, Duke Ellington, Justin Theroux, Louis CK, Stephen Colbert, Dave Chappelle and Katherine Heigl all hail from the capital. Establishments such as DC Improv, the Laugh Index Theater, and U Street Music Hall create a lively atmosphere and enjoyment for the whole family.

With a little extra time in the capital one can enjoy some the country’s finest sightseeing opportunities, including the White House, the Lincoln Memorial, a 19-foot marble statue of the United States’ 16th leader; the 555-ft tall Washington Monument; the domed Jefferson Memorial; the International Spy Museum’s exhibits of espionage; and the stunning Washington National Cathedral.

While DC is a huge urban nexus, it also has some lovely sanctuaries in which to bask in nature’s bounty. Rock Creek Park, the National Arboretum and the National Zoological Park offer a chance to relax and breathe in the sunshine and fresh air.

With all of these things considered, Dr. Goyal's goal for his local and national patients is to provide a smooth, efficient, safe, and effective procedure. This goal being the foundation of Dr. Goyal's treatments, it is no wonder why he is considered to be a toporthopedic surgeon Washington D.C. has to offer.